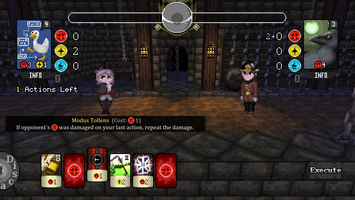 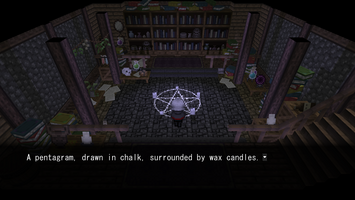 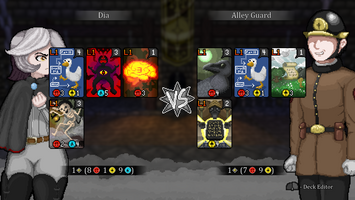 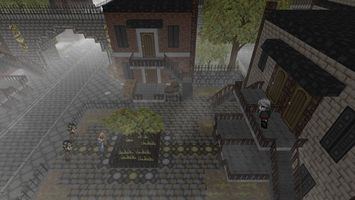 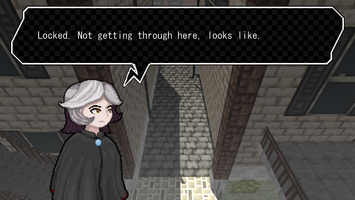 Hello. This is Garrett Thompson, sole member of Act-Novel.

It’s been a little over two months since Reality Layer Zero was officially announced. I’d like to take a moment now to write more at-length about the project and discuss how development will progress over the next several months.

Reality Layer Zero, as stated previously, is a card-based debating RPG. In more plain language, it’s a card game with debate-inspired rules. Making arguments, criticizing your opponent, defending your points, and other aspects of verbal debate are represented mechanically by the rules of the game. Additionally, cards level-up and grow stronger as you progress through the story, and you’re free to choose which ones to use and which ones to ignore.

The debating system is loosely based on a model for persuasion that Aristotle put forward in The Art of Rhetoric. The three modes—Logos, Ethos, and Pathos—as well as the concept of an “Enthymeme”—can be traced directly to that work.

Core to the design of this system is the theme of deceptive communication. As required by the rules of the game, both players must declare their intention to their opponent. By “intention”, I mean the following: Debates are won by resonating (scoring) arguments. This can only be done if the cost of the argument can be met. This cost is clearly printed on the argument card itself. This means that both sides are aware of the opponent’s objective. Consequently, both players can guess at what kind of cards their opponent might want to play to reach that objective—and, conversely, what kinds of cards they are less likely to play.

However, both players’ hands are mutually invisible, so it’s possible for either player to make surprising or unexpected decisions. There’s an interesting tension to this that I think mirrors real-life communication in some ways—if not perfectly, then hopefully at least enough to be interesting!

The RPG system surrounding the debate system is decidedly more “genre” in inspiration, but I hope you’ll forgive a degree of unoriginality in exchange for the expressive potential these genre staples bring to the experience.

A person can be thought of as a collection of ideas. Some of those ideas are more developed, while others are less developed. Questions of which ideas get developed, why those ideas (in particular) are developed, and how the development of certain ideas (versus others) changes the options available to a person—these are, I think, uniquely ripe for examination under the lens of this familiar style of progression system.

The answers to the questions posed above are likely subjective—variable from person to person. Thus, I hope I can give players a satisfactory degree of freedom to explore them in a similarly subjective capacity. By that, I basically just mean that I’d like to add lots of different argument cards and give players a lot of different ways to approach similar challenges. It’s one of my personal development goals.

Speaking of development, the production of Act I is currently well underway. At this time of writing, I anticipate completing the “core” of development in late September or early October. Once complete, my attention will shift almost exclusively to audio production, which I anticipate will take an additional three months or so. Add an additional month or two on the end of that to concentrate on rebalancing the gameplay, fixing any bugs that appear in testing, and adding additional polish, and Act I will be completed. It will then release as a free demo, as is currently the convention for such things.

Please note that overshooting projections happens to be a special skill of mine. However, barring significant unforeseen delays, that’s a rough estimate for when it might be available.

Thank you very much for your interest in this project. Thoughts or questions are welcome, as always, and I hope to see you around when Act I comes out!